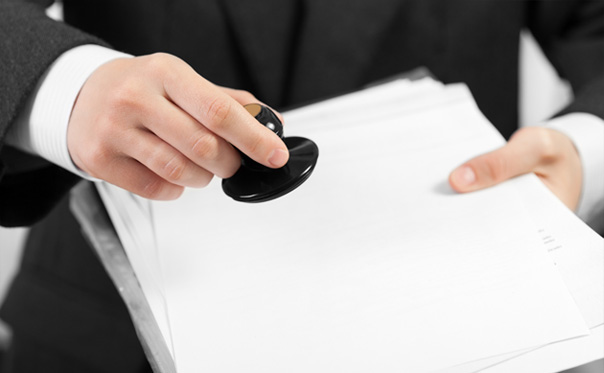 A notary (also referred to as a notary public or public notary) is a practising lawyer appointed by Statute or Commission to hold a unique public office.

They have the internationally recognised power and authority to prepare certificates of Australian law. This includes documents such as contracts and deeds, authenticated by his or her signature and official seal, in a manner which renders them acceptable to the judicial or other public authorities in the countries in which they are produced.

A notary public also has the authority to administer oaths to the effect that a person signing a legal document was in fact, under oath when doing so. Notaries also perform other administrative functions of an international nature, and can provide official verification of the identities of the signing parties enough to satisfy the Courts and to verify statements made as accurate and therefore, legally binding.

What is a Notary’s Prime Responsibilities?

Contact us to arrange a consultation with one of our qualified and committed solicitors.

A boutique and specialised law firm now located in York Street, Sydney utilising 27 years of experience in the area of building and construction litigation.